You remember and dwell on all the things you’ve lost and ignore all the things you haven’t. Because your scars are like stars. Yet the night stays perfectly black. —the perfect apathy (pleasefindthis Friday, August 7, 2009)

We could sing good songs about each other.

pleasefindthis (the pen name of Iain S. Thomas) is best known for the I Wrote This For You project, which he began in 2007 as a blog with photographer, Jon Ellis. The project was published as a book in December of 2011 and appears on bestseller lists weekly.
He lives in Cape Town, South Africa and shares his home with his wife, daughter and various animals.

“The Winter comes too early to my heart”
Amidst falling leaves the geese fly south
over water chilled by a cold wind north
my distant home is up this river bend
in the Chu mountain’s cloud it hides
as my journey ends some tears are shed
Folks at home are yearning for this lone horizon sail
for I seem to have lost my way, my quest
while the sea remains as calm as the vast night veil 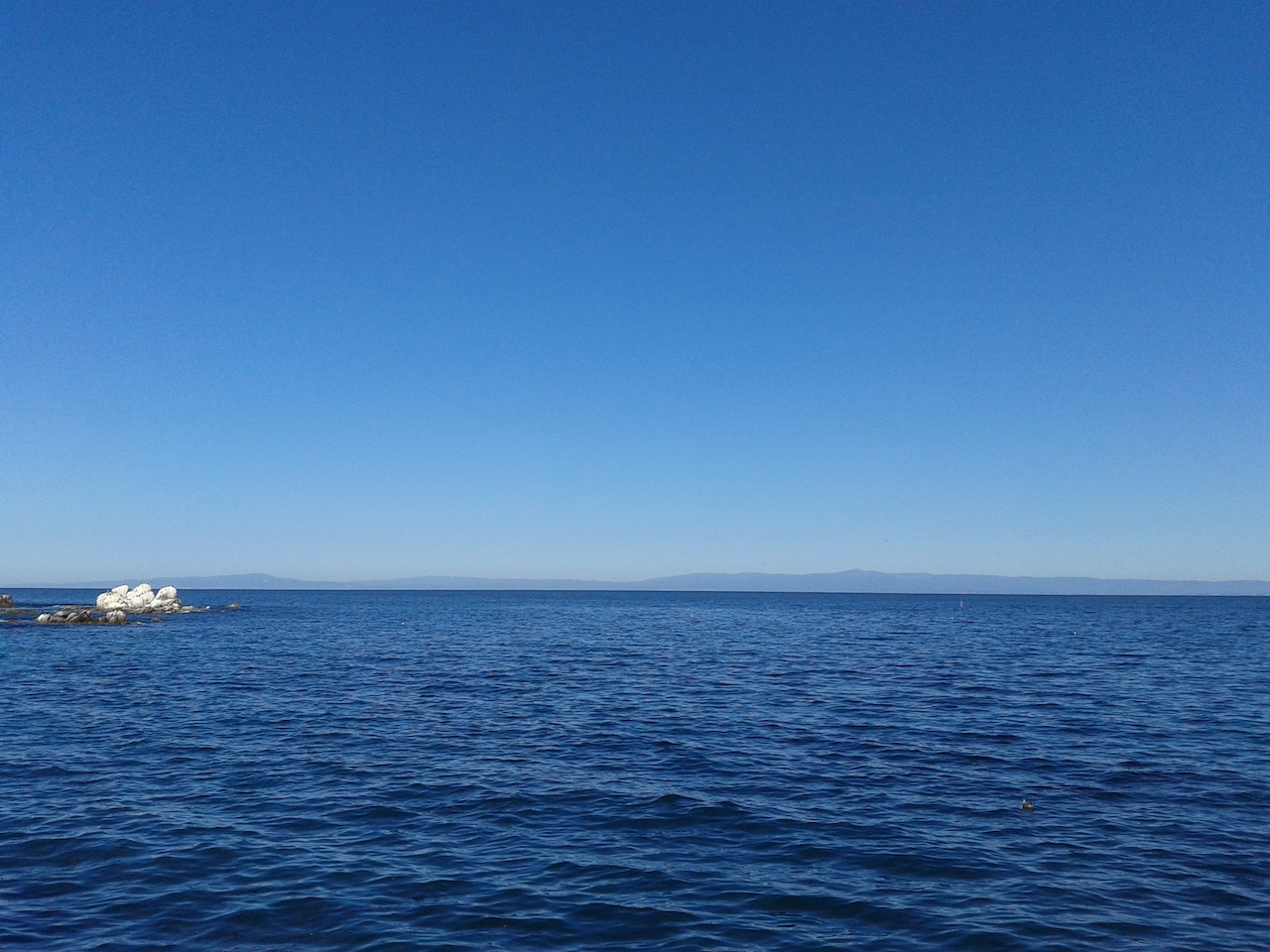 New Horizon Of course this horizon is familiar to many. It is at the Monterey Bay Aquarium. I took this picture outside looking at the blue beyond. There were few visitors outside that day at that time. One friendly oriental couple with a young child were around taking photos like me. It was a sunny day. I was alone. The others had gone somewhere else as they had visited this place before. I saw some gulls. A sailing boat at the distant horizon. I decided to present this blue horizon with hope. At the same time I also add a sunset horizon at the coast of San Francisco.

My translation below~~~~
“The Winter…

today he looks through the soil of his heart

the seed hidden so carefully with art in cleft

no, a distant loved one’s quest

to rise from the stone-cold tiles

how and when and why

no one manages care

from thousands of ocean miles beyond

we come we dare

dear one you are not forlorn

loved one since recovered 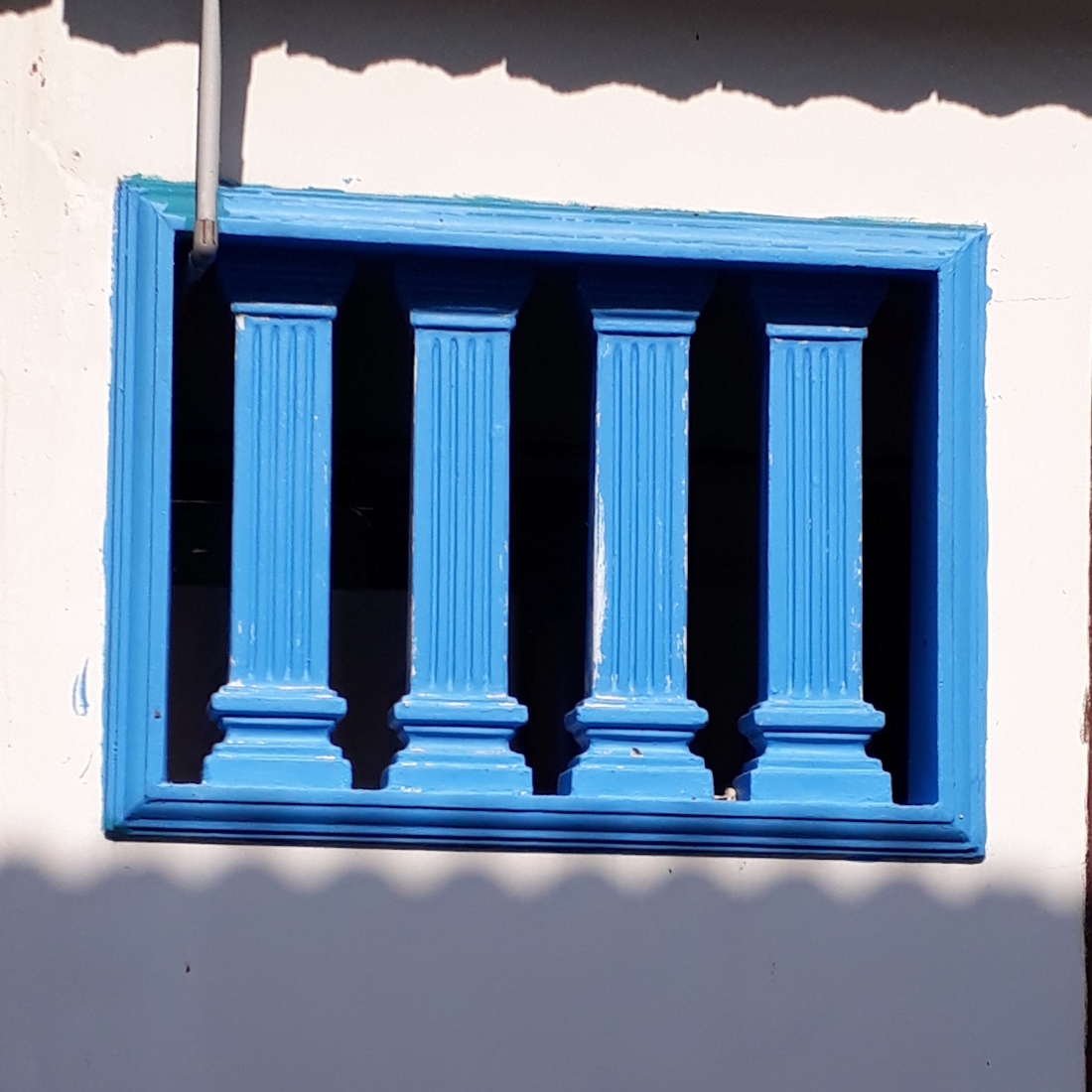 see the things that can be seen through a lens

but you cannot see the unseen

sheltered in the coolness of the day

why look at the unseen you ask

the seen are temporary task

we tend to forget

and soon to regret

yet framed no longer behold

for i’m well and made whole

to great beyond ’tis well

The poet gazes afar as the two slowly walk,

Through a strait gate palm in palm they talk.

Now I am ninety-nine and you not younger dear,

Friend to friend, goodbye without fear.

Time to leave them all: sanctuary abode round the corner,

Old dreams of love and whimsy bliss that can not be

Reconciled with the ultimate Initiator and Sustainer of life

Yes, we seem to have lived here all our lives,

Season to season, rain and draught, tears and laughter, colors and paleness, words and silence adrift as each decade drives.

I always liked to stay up all hours of the night,

Sitting alone by the green attic window star-gazing into the dim gentle light,

Hearing perhaps a faint sobbing in your sleep,

Urging we must leave and sail across the vast blue deep.

Looking for a blue hope bird in springtime great beyond,

Never again shall we be contented with mere earthling’s song.

Hence in this poem I now give all to time,

To our new home the young country soon we come.

She never knew his actual age in an enigmatic bygone life

Are you the poet? She asked when their eyes first locked

Seeing him standing out from the mundane lot

Why are you selfieing my eyes?

And what is that shinning in your palm?

Nothing in his open palm indeed

A magician that’s who you are, she exclaims

No, lass, you do not know who I am

Then tell me who you really are sir, she insists

No need, lass, you will know as you persist

Why, sir, why? She sees the gleaming hand again

I am looking for the poet they say who paints

His smiling eyes saddens shaking his head in pain

No, poets don’t paint, they dance

I am no poet but I too dance, she laughs

Thus starts the story of two strangers, a poet and a lass who both love poetry and dance

O how they could dance

As beautiful words make their light formation on high

Where the sky meets us

there is a quiet space

if you will just listen with your heart

you will find it not too hard

to love and not hate

to give what you lack

just as the sky

on leaves on water on trees

on you and on me

“I haven’t written to you for a long time,” he scribbled in long hand, “it is not because I have forgotten our times. ” The letter came to a halt in the next white space, meant for paragraphs to be filled, stained with patches of water (something spilled?) mark. “It is Christmas Day and I think of you, standing under the tree outside my window, long hair blowing in the wind, with the kindest look in your smiling dark eyes, just as we first met.” Again, white empty spaces sprawled out where words could have spawned. “I pray you will soon read this friendly invitation and find time to meet your OLD spouse, waiting for love.”

On December 27 he received this —— She replied with a short poem/note below.

Where our lives shall meet

there is always time

a new river dam for fisher

back yard red chili to plant

two crystal glasses for us to clink

bountiful gleeful moments in the pink

From me to you with old love.

This month’s photo challenge in square format from Becky#timesquare

A time to move on, Elin, he says, and they set sail to England.

The poet sighs as the two slowly walk,

Down a memory lane hand in hand they talk.

Now I am thirty-five and you not younger,

raising a farm family of a boy and two girls.

Tis time to sell all: Derry farm at New England,

this 30-acre farm with pasture land,

Yes, we seem to have lived here all our lives,

I always liked to sit up all hours of the night,

Sitting by a bush in broad sunlight,

Near stampede by lone gleeful cow flying in apple time.

Hearing a bird singing in its sleep,

Chirping we must leave and sail across the vast blue deep.

Looking for a sunset bird in winter,

Never again would birds’ song be the same or matter.

In a poem I could give all to time,

To England the old country here we come.

Note: I admit this is a rather primitive and ‘impromptu’ attempt made as I imagine how the poet Robert Frost had contemplated when he decided to leave New Hampshire and sail to England. The decision paid off. His poems were published and given recognition. He left America an unknown writer and returned to be hailed a leader of “the new era in American poetry”.  The discerning fans of the poet may note that the above attempt included some titles of the poet’s poems.

This months photo challenge in square format from Becky is #timesquare

December Squares -the time of a poet

A joyous ascent
poetry alone cannot reveal: a poetic study on Nehemiah 12:27-43 our words and pictures and the light

from where we stand, on this street, the windows are open

patiently
perseveringly
waiting for the break

dawns always break
at the first ray of light

many years ago
he heard
and passed it by

the windows are open
from where you stand 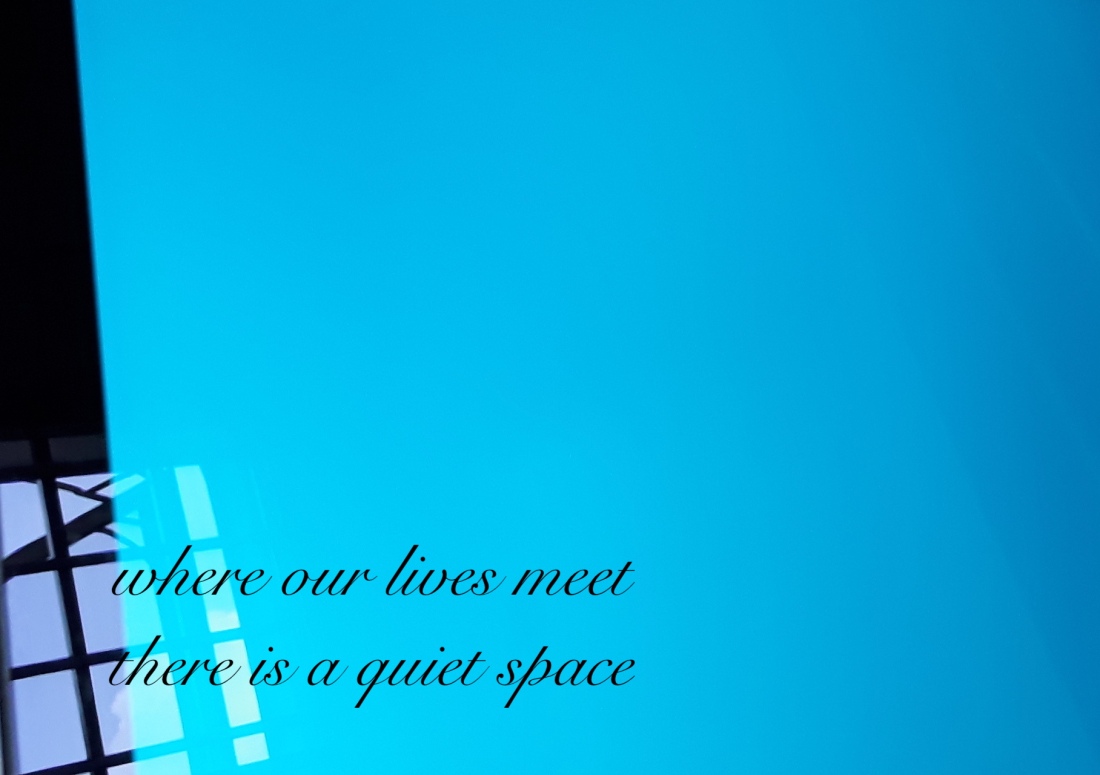 there is a quiet space where our lives meet 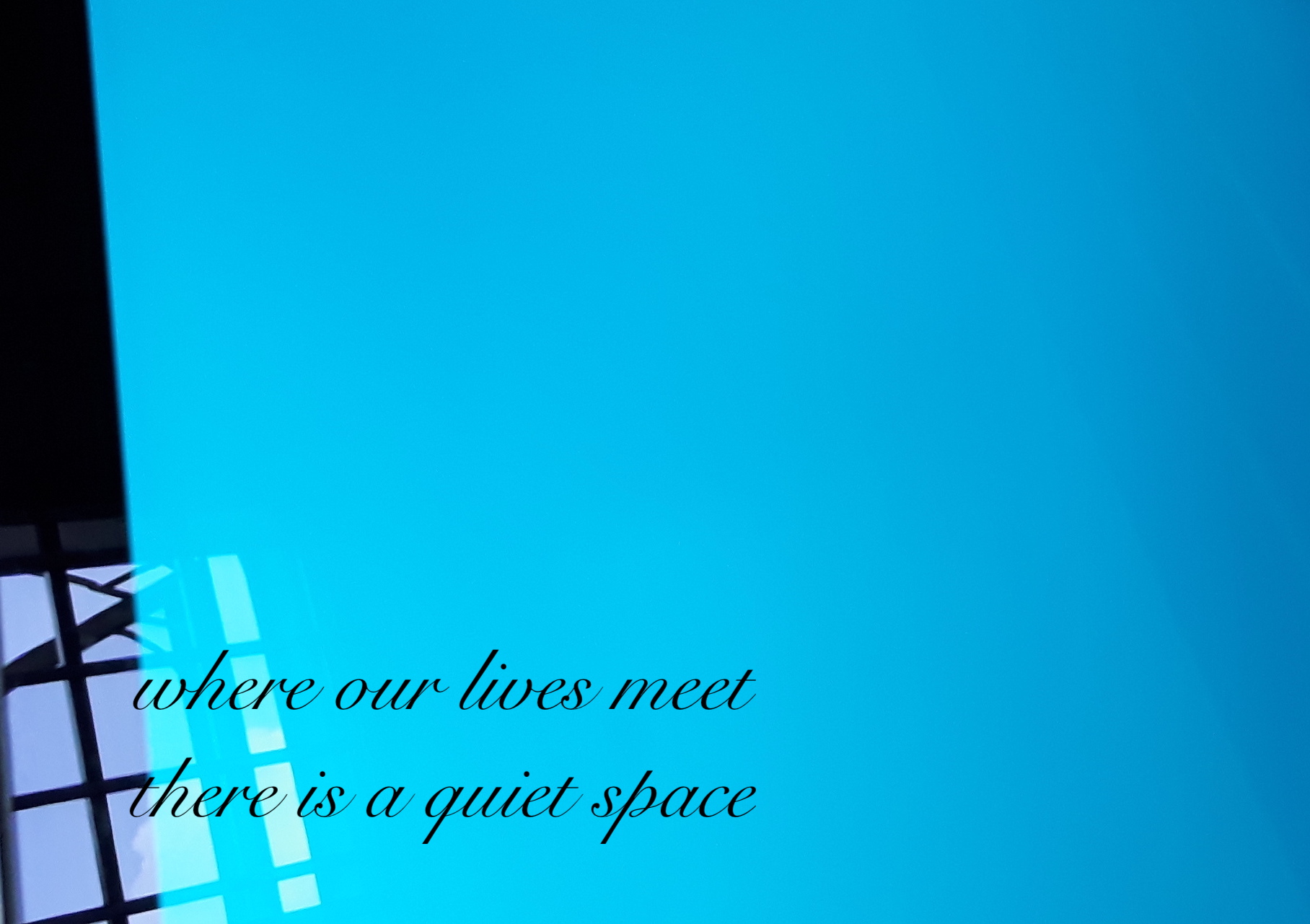 where we meet though not often
there is always space

why blue?
you ask

So my sorrow would pine
for our lost midsummer’s ride

“Because I only write”*

Securing a second page to restart
running this cold steel ruler to mark
a boundary, a demarcation so hard yet tender
in souls that had been torn asunder
cutting heart to heart

If you gaze enough
upward and beyond this gentle
starry night, you will see this river by which every poem must part
glistening as ever
blue as steel

Without the weekly-Photo-challenge some of us are feeling a bit lost regarding where to hang out and what to take a photo of. Admittedly many of us have lots of photos in our stock so we are not exactly all dry up and out of ideas. I have discovered that the world is not all that big and soon one traveler just runs out of a new place to go. Maybe I am just not motivated to move…(LOL) Of course I have the excuse that I have been busy with a practically round the clock project during the interval between the end of the daily/weekly prompt and now when I realize that my project is over and I do have an empty space in time into which I may slot a photo or two. Alas, the photo is just nowhere to be found.

So here I am looking at my old stocks. In my farewell post (weekly photo challenge “all times favorites) I inadvertently titled it “don’t look back, she says, I am not there.” A love story in suspense. Yet, here I am, looking back a bit. Maybe a picture and a poem to continue…a story.

her call
i shall not refuse
or bid adieus 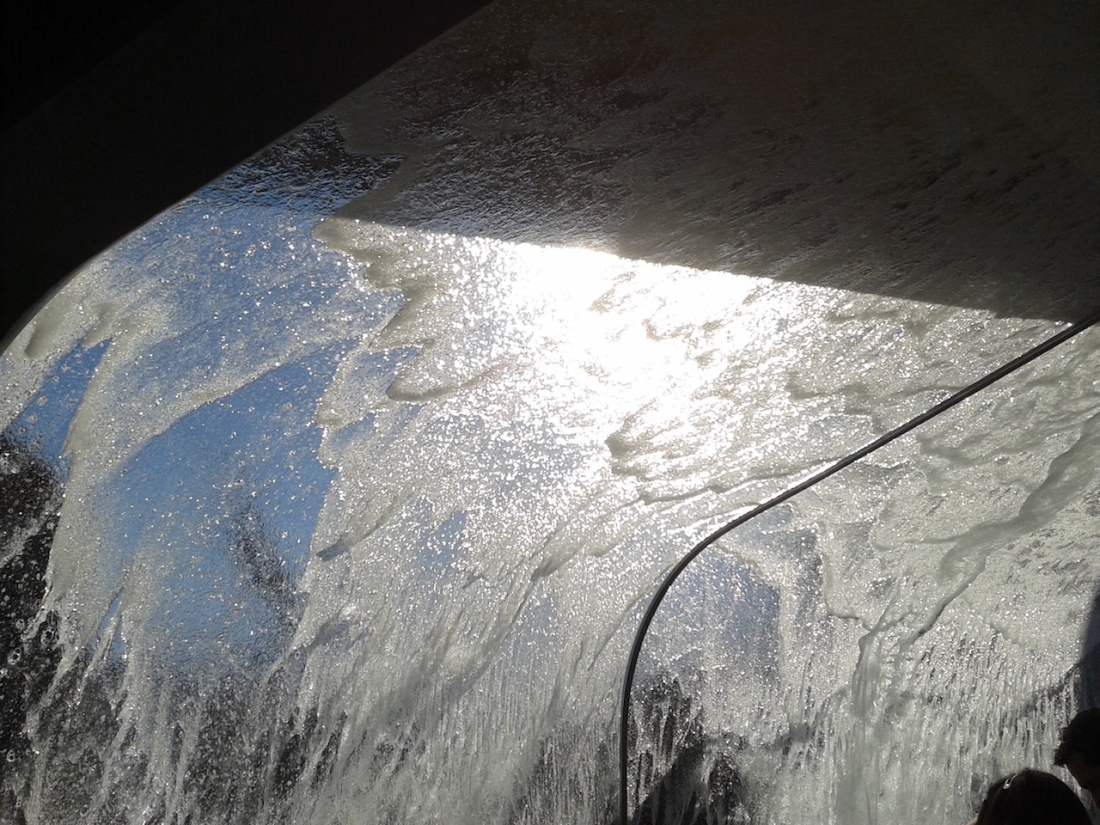 a poem for the Liquid big splash. 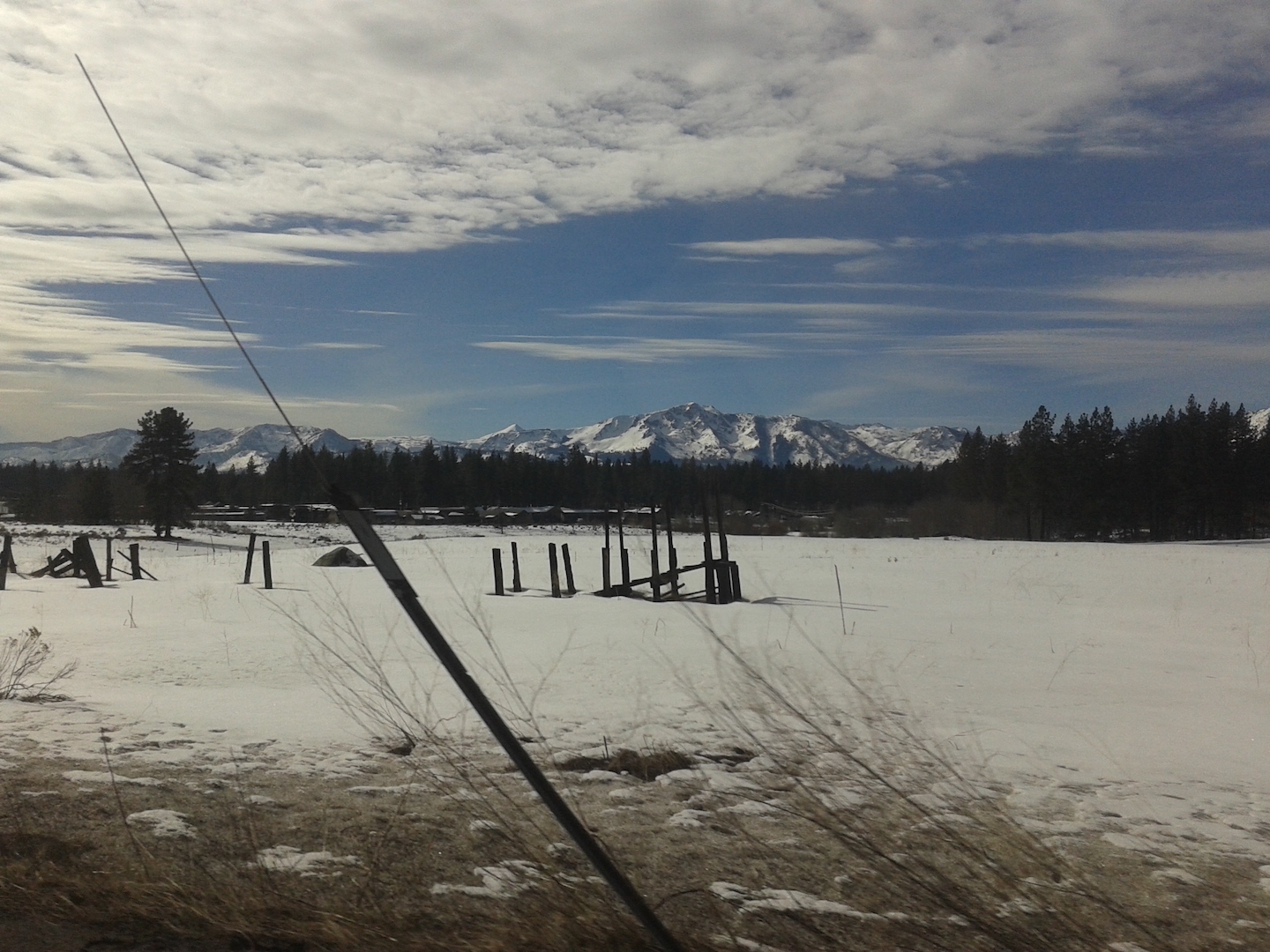 he grins as he chats
how can he forget her hat
last April’s gift
of old wife’s art?

Surely Spring has come
but why has this snow made its home
and won’t let go?

old man steadies his hand
firms the rein
never mind
a long day must end
and soon I’ll leave this cold
and be home with sweet warm wife. 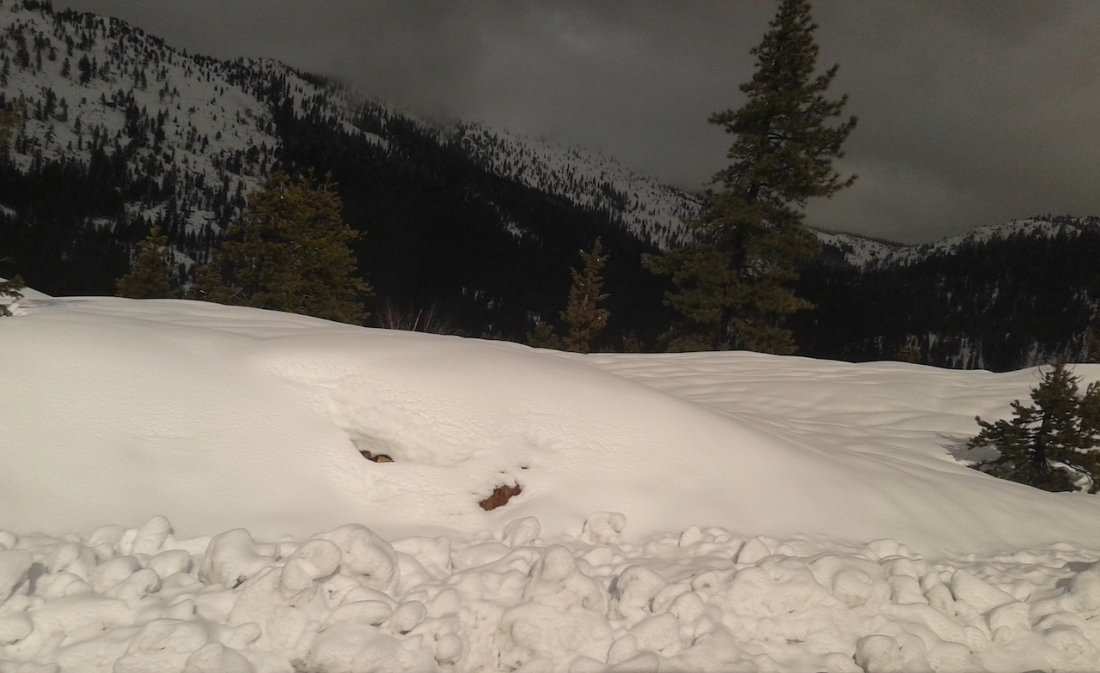 Out of This World we tread

each minute
petite
particle
too gentle to form an icicle